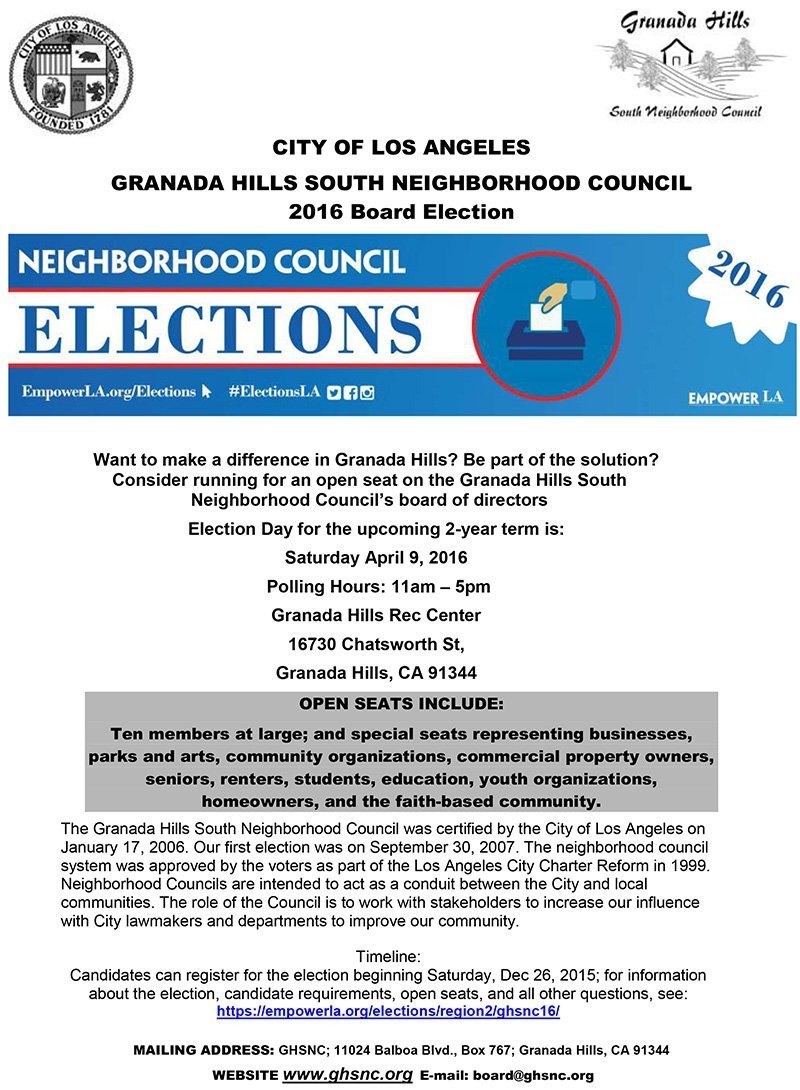 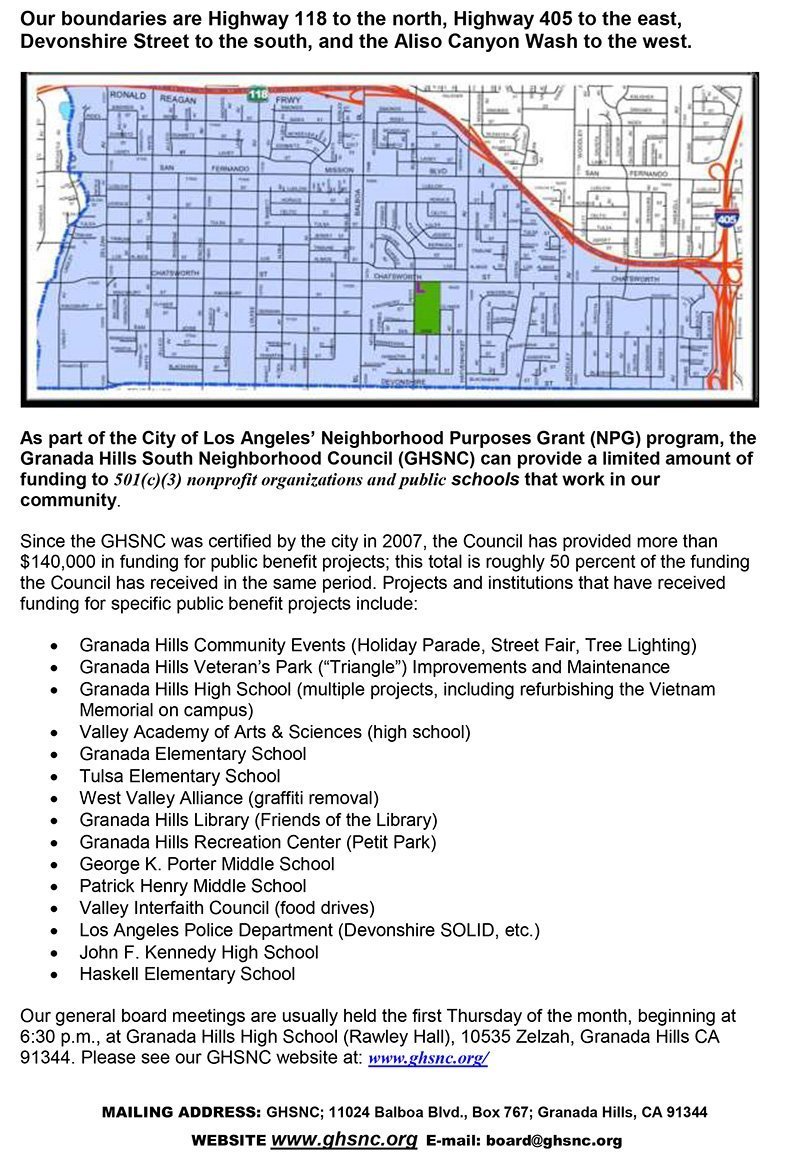 Want to make a difference in Granada Hills? Be part of the solution? Consider running for an open seat on the Granada Hills South Neighborhood Council’s board of directors

The Granada Hills South Neighborhood Council was certified by the City of Los Angeles on January 17, 2006. Our first election was on September 30, 2007. The neighborhood council system was approved by the voters as part of the Los Angeles City Charter Reform in 1999. Neighborhood Councils are intended to act as a conduit between the City and local communities. The role of the Council is to work with stakeholders to increase our influence with City lawmakers and departments to improve our community.

Timeline: Candidates can register for the election beginning Saturday, Dec 26, 2015; The deadline for Candidate Registration is February 9, 2016.

Here are some easy to follow instructions for candidate filing: http://empowerla.org/candidate-registration-how-to-file/

For information about the election, candidate requirements, open seats, and all other questions, see: https://empowerla.org/elections/region2/ghsnc16/