At our most recent meeting, the Granada Hills South Neighborhood Council presented Jerry Askew with a plaque of recognition for all his hard work in Granada Hills, including his many years of service on our Board of Directors. GHSNC President, Dave Beauvais, gave him the plaque as a large group of visitors came out to the meeting to honor Jerry. Mark Hovater, representing the Granada Hills Grubfest, also honored him with a photograph of both Jerry & his wife Erin. Without Jerry’s leadership at the beginning of the Grubfest, it wouldn’t have survived. Today, the Granada Hills Grubfest is the largest ongoing Food Truck event in the world.

Jerry and his family are moving out of the area and will be missed. 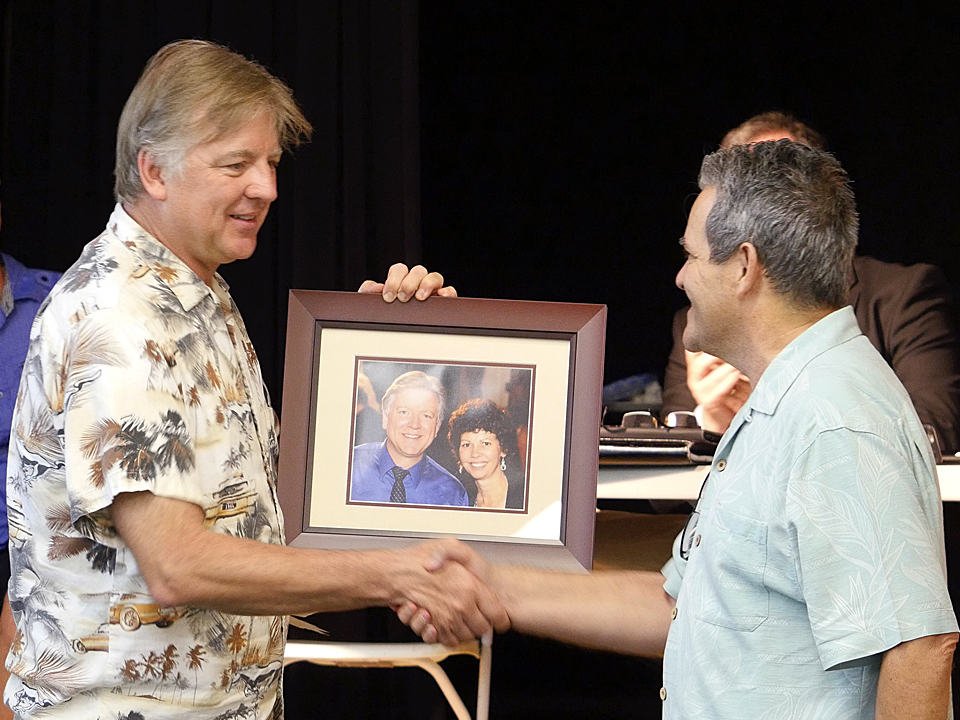